CAMPAIGNING IN THE IRISH GENERAL ELECTION 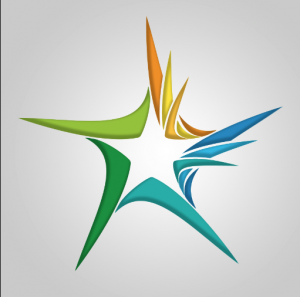 I have been doing quite a bit of door to door canvassing in the Irish General Election, mostly for my brother , Richard, in Dublin Bay North, but also for the 4 outgoing Fine Gael TDs in Meath, Damien English, Ray Butler, Regina Doherty and Helen Mc Entee.

Tonight I am speaking at a rally in Carrick on Shannon in support of Gerry Reynolds and his running mates, John Perry and Tony McLaughlin.

There is widespread committed support for all the five candidates I have canvassed for. They are well known for their consistent local work rate…..not just at election time.

There is also a high level of recognition of the fact that, in the past five years, 135,000 people have been added to the number at work, and that the growth rate of the Irish economy is now the highest in Europe. On the other hand, there is not enough recognition of the fact that keeping high economic and employment growth rates requires that we maintain competitiveness.

Some voters question whether the extra 135,000 jobs are well paid enough, and my answer is that many of them are well paid, and that the taxation contributed by all these extra workers is essential if there is to be an improvement in health and education services. Without that extra tax revenue, planned service improvements would be impossible.

Other voters complain that services in hospitals and schools are not good enough and mention particular cuts that have taken place. But these restrictions were the logical and necessary consequence of gradually getting the government’s budget back into some sort of balance. This was essential, if the country was not to follow the path of Greece.

Even as things stand, this year the government is still spending slightly MORE than it is collecting in taxes.

To reduce the debt to the sustainable level of 60% of GDP, we need to reach a point where revenue is growing faster than spending. Unless we do this, we are simply financing today’s services at the expense of tomorrow’s taxpayers.

A government that did that on an ongoing basis would eventually get into trouble.

WHY A MAJORITY GOVERNMENT IS NEEDED

The risk of political instability is not an abstract concept. If the government formed in the new Dail does not have a secure majority, that brings the possibility that annual budgets would not be passed, or could only be passed if all sorts of vested local interests, associated with “independent” TD’s, were bought off.

Lenders would worry about lending to a government that was in that situation.

Eventually that would lead to higher interest rates.

That would in turn feed through into mortgage and over draft rates, which are already too high for some borrowers.

Political instability, and uncertainty about budgetary policy of the Portuguese government, has already led to an 100 basis point increase in Portuguese bond rates.

Interest rates are currently being kept very low by the ECB……artificially so.

That policy is helping us, as a borrower nation, but it is also making it difficult for pension and insurance funds to invest profitably enough, to protect the interests of their policy holders and future pensioners.

We cannot count on that lax ECB policy lasting forever, so we should try to get our debts down to manageable levels, while the going is still good.

That is why it is right that the two government parties are emphasising fiscal prudence, and why a Dail full of independent TDs, pursuing sectional rather than national policies, could be a dangerous luxury for the country.

THE OFFER TO DAVID CAMERON….IS IT REALLY A “REFORM”?