It is hard to comprehend the fact that Myles Staunton is dead. He was always so endlessly enthusiastic, and so youthful, both in appearance and in frame of mind.
Myles Staunton, who died suddenly in the last twenty four hours at his home in Westport, played a critical role in 1973, in bringing to office the first Coalition Government   after 16 uninterrupted  years of  Fianna Fail rule.  By winning an additional Dail seat for Fine Gael along with the late Henry Kenny in a hotly contested 3 seat constituency in Mayo, he tipped the balance in favour of a change of Government, and brought Liam Cosgrave and Brendan Corish to office, in what was to prove to be one of the great Governments of the twentieth century.
Myles made an immediate impact in Leinster House.
He was a convinced and convincing advocate of viable, commercial, and  privately run,  economic development in the West of Ireland.
He was convincing because, unusually for a politician, he was one of those who, by deed not just word,   put his own  money at risk to help  “shout stop”, as fellow Mayo man John Healy put it, to the seemingly inexorable decline of his native province.
He invested personally to develop the seaweed industry along the Atlantic shoreline , providing vital supplementary income to coastal smallholders.
He went on to develop, on a similar basis, a project for local farmers collecting turf on the raised bogs of North Mayo to supply an innovative fuel product that had enormous potential, especially in the era of high oil prices.
He was absolutely tireless, right up to the very end of his life in looking out for employment possibilities based on the natural resources of Mayo.
He was a strong supporter, in the Senate, of Knock Airport and held his own in every argument with those who questioned this vital  link for all of Connacht.
In everything he attempted, Myles was relentless in pursuing his goals and was never discouraged by the setbacks sometimes  inflicted upon him by  myopic bureaucracy.
From the outset of his career, Myles recognised that his native county could only prosper if it developed links with, and understanding of, the problems of other parts of the world. He recognised the possibilities of globalisation almost before the word was invented.
He was one of the pioneers, in the  1970s, of the Euro Arab dialogue. He led a visit by Irish TDs and Senators to Lebanon and Syria in 1974, in which it was my privilege to be part. He recognised the crucial role that that part of the world would play in all our lives.
He was a founding member of the Trilateral Commission, which brings together elected politicians, academics, businesspeople and civil servants from Asia, Europe and North America. He continued to involve himself in promoting this work up to and beyond the most recent  successful meeting of that  body in Dublin last  year.
I will miss Myles greatly. Through my wife, Finola, I am his first cousin by marriage,   and I have so many happy memories of time spent with him. He was exceptionally kind and attentive to needs of all his family and extended family. He never missed an important family event, and was kind to all in their times of trouble. Finola and I extend heartfelt sympathy to his wife Marianne and to Ruth, Elizabeth, Hugh, Myles and Aoife at this time of  grief.
Tribute to the late Myles Staunton by John Bruton, Former Taoiseach and current vice President of Fine Gael. 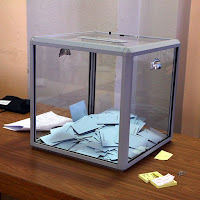 I have been doing quite a bit of work in the Irish General Election on behalf of the party of which I have been a member since I was 18 years of age, Fine Gael.
As I see it, the election is about how best Ireland can regain its national economic freedom of action. Under the EU/IMF programme, without which our state could not now function, all decisions ,that have a significant economic cost or which depart from the programme agreed with EU/IMF, will have to have the consent of those bodies.
Ireland finds itself in this position because of foolish decisions of Irish banks, of some of their customers , and of those(mostly foreign banks) who lent to them. I believe the responsibility is widely shared, as I outlined in my recent letter to President Barroso of the European Commission, which is published elsewhere on this site. There is a valid argument that the Irish taxpayer is bearing a disproportionate share of what is, in effect , a necessary programme to rescue non Irish as well as Irish banks.
But even if the burden is more fairly distributed, there is still a huge burden that necessarily has to be borne by Irish taxpayers and by recipients of Irish Government services. One way or another, taxes will rise and services will diminish.
The two basic choices voters have to make in the election are
1. Whether to straighten out our finances quickly or slowly, in other words, whether to string the pain out over a long period, or over a shorter one,
2. Whether to elect a Government that will be able to do the job according to a single coherent plan, for which it takes full political responsibility, or whether it is to try to get the finances right on the basis of a compromise between the differing plans of a number of different parties negotiated after the election is over.
On the first point, I favour doing the job quickly rather than slowly. We need to get our economic freedom of action back as quickly as possible. It really is not good for Irish democracy to prolong the period in which we have to get EU/IMF permission to make decisions. In the future, interest rates will go up rather than down. The United States Federal Government has huge deficits which it is doing nothing about. This year it will borrow 1.3 billion dollars on behalf of it 300 million people, whereas EU Government will ONLY borrow 1 trillion dollars on behalf of their 500 million people. The cost of retiring baby boomers will be added to all these liabilities. These factors will combine to make it more expensive for Ireland to go on borrowing. Things are not going to get easier, so the sooner Ireland gets its economic independence back the better.
On the second point, in normal times, I would see little or no difficulty with electing a Dail in which a coalition of two or more parties would be the only way to form a Government. But, naturally, coalition Governments always consist of parties some of whose objectives will conflict , and who remain political rivals. When economic times are difficult, and tough decisions have to be made, that leads to problems when there is a coalition. We saw that in 1987 with the FG/Labour coalition, and again this year with the FF/Green coalition.
This is why I argue that, objectively, a single party Government would be the most effective outcome to this General Election, and the best way to put the country on a path towards regaining its economic independence quickly.
A single party Government could make decisions more quickly and minimise wasteful and expensive delays. It would operate to a single internally consistent programme, rather than on the basis of compromises negotiated under time pressure, in the short period between polling day and the first meeting of the new Dail. With a decisive mandate from the people, it would be best placed to negotiate with the EU and the IMF.
I believe these arguments will resonate with a significant share of votes who would have supported Fianna Fail in previous General Elections, but who are now looking for a change.
Fianna Fail supporters have always valued national economic independence. They have always put great store on patriotism. They have often voted Fianna Fail in the past because they wanted strong and stable, and if possible, single party Government . They did so because they were convinced that was for the good of the country.
Now , their old party, for various reasons, in not in a position to provide any of these things. But Fine Gael is.
Fine Gael is now best placed to provide what Fianna Fail voters looked for in the past.
The logical vote in this election, for people who subscribe to these traditional Fianna Fail values , is a vote for Fine Gael.