I recently enjoyed “Jacobites, a new history of the 1745 Rebellion” by Jacqueline Riding.

Recently I visited Scotland and was at Glenfinnan, where Prince Charles Edward first raised the standard of his father, James III, as the legitimate King of the UK on 19 August 1745.

I also saw and the battlefield of Culloden, near Inverness where his attempt to reclaim the throne came to bloody end on 16 April 1746.

This was the last pitched battle fought on British soil, and ended a struggle that had involved Ireland at the battles of the Boyne in 1690 and Aughrim in 1691.

Riding’s book is timely, as it illustrates the close connection of Scotland with continental Europe, something the English sometimes fail to appreciate, as we see nowadays as Brexit unfolds.

There was also considerable Irish involvement in Charles Edward’s campaign.

The bulk of the small number of French troops, sent to aid him, came from Irish regiments in the French Army. The leading financiers of the campaign were French based Irishmen, Antoine Walsh and Walter Ruttledge. Of the small party that landed in Scotland with the Prince in 1745, the majority were Irish.

Charles Edward was only 25 when he set out on what must have seemed a reckless endeavour, with little chance of success. French military help was modest, and designed more to create a diversion from other theatres of war (mainly in present day Belgium) that were more vital to French interests than was securing the British throne for James III.

Initially, Charles Edward had astounding success. He took Edinburgh (except its castle) without firing a shot. He then defeated a British army at Prestonpans.

He held court in Edinburgh for a few weeks, promising, among other things to grant religious toleration to all, and to repeal the Act of Union of 1707 between England and Scotland. While there he enhanced his mainly highland Scottish Army with lowland Scots recruits.

He then decided to lead a winter invasion of England, crossing the border at Carlisle, and heading for Lancashire where there was considered to be support for the Jacobite cause. But there was just one small, easily suppressed, rising on his behalf, by Catholics in the vicinity of Omskerk near Liverpool. The Catolic clergy advised their flock not to get involved. He was able to raise a force in Manchester, mainly among local Catholics, but practical English support for his cause proved very disappointing.

After an agonising debate, it was decided in December, at Derby, that he should not continue with his invasion but should lead his Army back to Scotland, and await more substantial help from France.  Most of the Scottish forces, on which he depended and who had much to lose, preferred to fight for their cause in their native country than to wait to be overwhelmed by superior forces gathering in what was, for them, in a foreign land.

The Prince himself wanted go on to London. But that endeavour could only have worked if there was a simultaneous invasion from France, which could not be guaranteed.

Prince Charles Edward’s army could move much faster than the more cumbersome English forces, and so evaded them to get back safely to Scotland, where he did indeed prove to have more solid support.

Once back in Scotland, he got local more recruits and help from France, and won another military victory at Falkirk.

But his position was never secure.

Hanoverian forces still held too many of the strong points in Scotland and the Prince’s Highland clansmen were more suited to short aggressive campaigns, than they were to a war of attrition. Money was also in short supply. And French help did not always get through because the Royal Navy was so strong.

He was finally defeated at Culloden, near Inverness, by the Duke of Cumberland, the son of King George II, and, like Charles, in his mid twenties. Large numbers of highlanders were massacred in cold blood after the battle, while those fighting for the Prince in French uniforms were spared.

The Prince eventually escaped to France, but was ejected from there when France made peace with England.

He had to return to Rome and the protection of the Pope and of his brother, Henry Stuart, who had become a Cardinal. He continued to seek a way to win back the throne, and in 1749 he became a Protestant, presumably to make himself more acceptable to English opinion.

He was a leader of immense flair, courage, and charisma when things were going well. But seemed unable to hide his feelings when things went wrong, which demoralised his supporters.

He lived out his life in Rome, never giving up on the hope of a return to the throne. He had a daughter, Charlotte, Duchess of Albany, who survived him by only two years. In terms of public achievement, his life was over, almost before it had begun.

I bought Antonia Frasers biography of Mary Queen of Scots, in a second hand bookshop in Paris, a few years ago, and eventually got around to reading its 667 pages over the Christmas period.

It  is a riveting personal story of a woman who became Queen of Scotland  as an infant,  and  who spent her childhood and teenage years in France, where  she  married the King .

Then, after the King of France had died, and she was still only 19 years old, she returned to Scotland in 1561 to take up her responsibility as monarch of her native country.

Politics was different then.

In Scotland, much the real power rested with the nobility, who controlled the land and its revenues, and who could, and did, dictate to the monarch. Parliaments were often no more than a vehicle for the power of the landed nobility.

Religion added a new source of contention, especially if the monarch and her subjects had different religious beliefs. Mary was a convinced Catholic, while the majority of her subjects had recently become Protestant followers of Calvin and Knox…Presbyterians.

She did not attempt to force her Catholic religious views on her subjects, in stark contrast to the policy followed in England by the monarchs of that country, both Protestant and Catholic.

Mary also had a claim on the English throne, through her grandmother, Margaret Tudor, a sister of Henry XIII.

So when all  Henry VIII’s offspring had no children, Mary would have been the uncontested  heir to the English throne too, after the death of Queen Elizabeth I.

In fact, she could even claim precedence over Elizabeth, because , in Catholic eyes, Elizabeth was illegitimate, because her mother, Anne Boleyn’s marriage to Henry VIII took place, while his first wife, Catherine, was still alive. As we know, the Pope did not agree to annul Henry’s marriage to Catherine.

Interestingly Mary’s own grandmother, Margaret Tudor, a staunch Catholic, had had an annulment of her marriage to her second husband, the Earl of Angus.

Mary herself had numerous half brothers and sisters, because her father had had active relations with women, other than Mary’s mother.

So Mary’s person, and her choice of husband (she had three), became an instrument in the  politics of Europe, and in the struggle for predominance between France, Spain and England, and between Catholicism and Protestantism.

Although she was a charming intelligent and generally cautious ruler, the forces with which she had to contend eventually became far too great for her.

She was forced to abdicate in 1567, attempted to regain the throne by force, and was defeated. She had to quit Scotland, leaving her infant son,  James, who was eventually to become King of both England and Scotland, behind, never to see him again. She was only 25.

But, instead of fleeing to France where she would have been well received and had many powerful relatives, she fled to England. This was a fatal and foolish mistake.

In England, she became an acute embarrassment to her host, Queen Elizabeth, who feared , with reason, that, as a legitimate claimant to the English throne, Mary would provide a rallying point for English Catholics and their continental allies, who wanted to dethrone Elizabeth, and restore the Catholic faith.

Eventually, after twenty years imprisonment, Elizabeth had Mary executed in 1587, when she was still only 44 years of age.

This tragic story brings out the deep historical, political and religious differences between Scotland and England. It exposes the roots of the suspicion between England and the continent, a suspicion that is not prevalent in Scotland. States were much weaker then than they are today.

It reminds the reader how different were the priorities of political actors 500 years ago. Heredity and religion were much more important than trade and economics. Only the pursuit of power is a constant.

THE GROWTH OF SUPPORT FOR POPULIST PARTIES…. 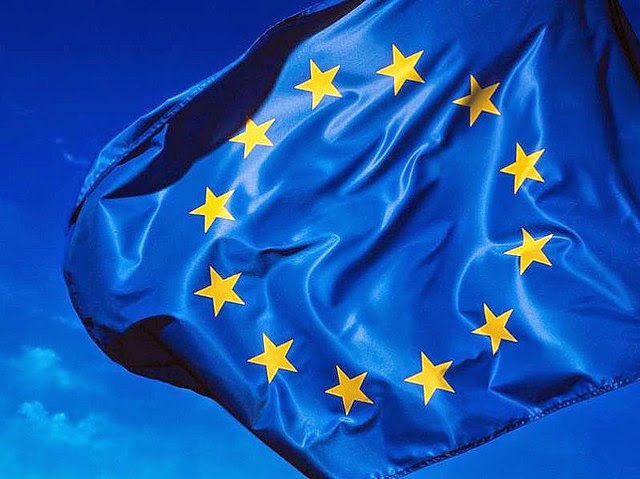 UNDERSTANDING THE NEED FOR RESPECT, AND FOR RECIPROCITY, ARE THE KEYS TO THE FUTURE OF THE EUROPEAN UNION.
What have the following in common?

+ The Scottish 45% YES to break up the UK….+ The Growth of National Front in France….+ English anti EU sentiment and support for UKIP…. + The strength of Tea Party  and the polarisation of politics in the  USA and + The growing support for anti immigrant parties in Sweden, Denmark, and the Netherlands. 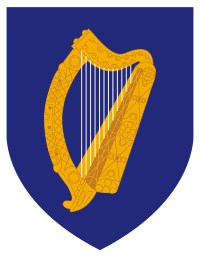