FRANCE….SOLVING THE PROBLEMS OF THE EUROZONE’S SECOND BIGGEST ECONOMY 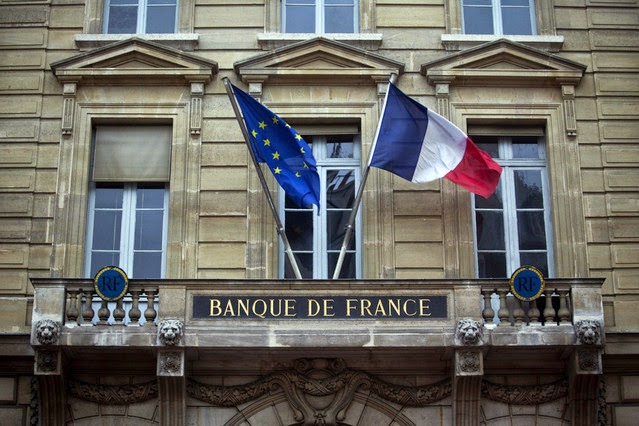 I attended a conference last week that looked at France’s domestic economic situation and at the impact that has on France’s global and European role.

According to budgets they published this month, France and Italy are failing to meet the Euro area requirements for reducing Government debts and deficits to sustainable levels.
If France, as a big country making up 20% of the Euro area’s  GDP, were to be exempted from the EU debt and deficit rules, in ways that were not open to smaller  euro area countries, this would do great damage to the credibility of the euro, and potentially this could drive up to the interest rate euro area governments must pay to borrow. It is thus very important to Ireland that France overcome it’s problems.
In recent years, France has lost competitiveness, and it is consequently running a balance of payments deficit. In other words its people are spending more abroad, that than they are earning from abroad.
The French economy is projected to grow by only 1% in 2015, as against a projected growth of 2% in Germany and Spain, 2.7% in the UK, and almost 3% in Greece and Sweden.
The loss of competitiveness of France is due to several factors

+  There is substantial youth unemployment, because young people find it hard to get on the career ladder because of an over regulated labour market that protects existing jobs at the cost of discouraging the creation of new ones. Last year 80% of all new jobs created in France were on temporary contracts.

+ The bigger a company grows, the more rigid are the rules that apply to it in terms of the right to hire and fire.  So, while France has some of the most successful big companies in the world, it lacks a large corps of middle sized export oriented companies, like Germany has.  90% of all French companies have fewer than 10 employees and they have strong incentives to stay small.

There was a strong sense among the participants at the conference that the current Socialist Government of Manuel Valls was making a serious effort to tackle these underlying weaknesses, but that the dividends of some the reforms, while very substantial, would be slow in coming, perhaps not in time for the 2017 elections.
There is a risk Prime Minister Valls will lose his majority because of defections in his own party. Meanwhile the opposition UMP is split on personality questions. The Front National is making huge strides in the polls, but its economic policy would break up the EU and introduce heavy state controls which would be incompatible with France’s global economic success.
Faster growth is crucial, and the margin between success and disaster is very narrow.  If the French economy grows at only 1% per annum over coming years, France could be on the road to default and a social crisis, but if it can manage a growth rate of 1.6% or better, it will work its way out of its difficulties.
The stimulus for French growth will have to come to come both from inside and  outside France. French people save a lot, and if they could get the confidence to spend a little more of their savings, that would help. Likewise if Germany, which has been neglecting its infrastructure, stated to invest more that would help French exports.
The trouble is that French and Germany economists and politicians have very different intellectual assumptions, and dialogue between them can become a dialogue of the deaf.
Meanwhile, partly because it was wise enough to stay out of the Iraq debacle in 2003, France alone of the western powers, has the confidence to intervene directly in places like Mali, Libya and the Central African Republic.
France retains a strong nuclear deterrent and a civil nuclear industry that does not do the sort of climate damage that other  EU countries’ energy industries do.
Politics are important. Its Presidential system enables France to be strong and decisive in international affairs.
But that strength does not extend to domestic economic policymaking, where factionalism and introspective thinking are preventing the creation of any kind of “Grand Coalition for Reform”, of the kind that has enabled countries like Germany and Mexico to deal decisively with long standing blockages to growth.
Print Entry