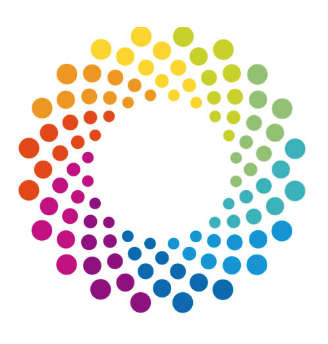 The G20 meeting in Argentina, which took place last weekend,  simply postponed a confrontation between the US and China which could prove to be as momentous for Ireland as the Brexit vote in the House of Commons on 12 December.

Will a deal be possible in 90 days time?

The omens are mixed. Some US officials say China is offering nothing concrete to bridge the gap between the countries, just promises. President Trump is particularly sensitive about imports in the wake of thousands of lay offs by General Motors last week, which he blames on import competition.

President Trump has already imposed a 10% tariff on a wide range of Chinese goods in an effort to rebalance trade between the US and China. He has said he will increase the tariff rate from 10% to 25% on 1st January, if he does not get satisfaction from the Chinese.

His concern is about the alleged theft on US intellectual property by China, Chinese subsidization of exports through state supported companies, and the supposed under valuation of the Chinese currency to boost Chinese exports.

A full fledged trade war could start if matters are not sorted out in the next 90 days.

One might think that a dispute like this might be referred to an arbitrator, who could adjudicate on the facts and the arguments. The WTO dispute panels are there to do this. But the US is refusing to appoint judges to sit on these panels, and President Trump has even threatened to withdraw from the WTO altogether.

A Trade War between the US and China would be very bad news for Ireland.

As an export oriented country, Ireland has also invested heavily in building an export trade to China. We rely on a growing Chinese middle class to consume our meat and dairy products.

We also depend disproportionately on multinational companies, who use global supply chains, which would be disrupted drastically by a trade war between the world’s two biggest economies.

President Trump feels that China has gained unduly and unfairly from its membership of the World Trade Organisation (WTO) since 2001. Since then, while still being a state directed economy, China, through its membership of the WTO, has been able to get easy access to the markets of the world under the WTO’s Most Favoured Nation principle (MFN).

MFN requires a WTO member state not to discriminate between countries, and to charge the same tariffs of goods from all WTO members, including China, unless it has a comprehensive trade agreement with that other country (in which case it is allowed to discriminate in favour of that country).

President Trump’s deeper worry is that China is using the profits it is making from its export industries to build its military and naval strength in the Western Pacific, where the US also has bases and alliances.

The US sees its bases in Korea, Japan, Thailand and the Philippines as defensive. After all, the US has had a military presence in the western Pacific, in the Philippines, since its war with Spain in 1898. But to China, these US bases, ringed across the sea lanes China uses to survive, are a threat.

To break out of its encirclement, China has increased its own military spending substantially. But it is still spending less than a third of the US defence budget.

So this is not a simple trade dispute that can be settled easily.

China will continue to want to break out of ring of US bases on its eastern flank. Indeed its much publicised “One Belt One Road” initiative, to develop transport links from western China all the way to Europe, could be seen as an attempt to break free of its dependence on the Pacific sea routes, where it confronts the US and which the US could block in the event of confrontation between the two countries. Japan faced a similar situation in 1941.

The growing trade dispute is already having an effect. China’s economy is showing some signs of stress. New car sales there have declined. Corporate borrowing is high and could be hit by a rise in interest rates, which might be forced on China if it needed to revalue its currency to meet one of President Trump’s complaints. The biggest increase in global debt in recent years has been in China. It is an important element in the global banking system. A slowdown in China would affect the rest of the world.

China acknowledges it has a surplus in goods exports to the US, but believes this is compensated by services exports by the US to China, and by the privilege to US enjoys because its currency, the dollar, is the world’s reserve currency.

To an extent, China and the US are talking past one another. The Americans are even complaining about having to translate Chinese trade proposals from Chinese into English!

Given the complexity of the rivalry between the US and China, the best outcome one can hope for in 90 days time is a some form of combination of minor agreements and postponements.

The really important battle for Ireland and for the EU will be that of defending and strengthening the WTO.

Arbitration, rather than confrontation, should be the way to resolve trade disputes.

THE 1918 ELECTION IN IRELAND