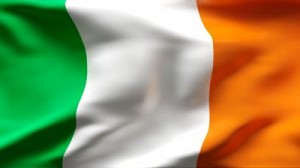 The economist Jim O’Leary has circulated a postscript on the Irish General Election.
It is very good, says something new, and I am republishing it here so it gets a wider readership.
It shows that the description of the relative economic and fiscal policy positions of the two main parties, as set out in their manifestos, is completely different from the characterization of their policy stances during the campaign by the media and by one another.
It would appear that neither the media, nor the politicians themselves read, and added up the cost of, their own, and opposing party, manifestoes!
Here is what Jim wrote:
………………………………………………………………………………………………………………………..
“I’ve just been doing a bit of digging into the election manifestoes of our two largest political parties in order to get a handle on how difficult it might be to bridge the ideological chasm between them. After all, Fine Gael is a party that sits firmly on the right of the spectrum and wants to slash taxes even if it means compromising standards of public service provision, while Fianna Fail has reinvented itself as a social democratic party with a more measured approach to reducing taxes and a much stronger commitment to the public sector. Or, at least, that’s how the narrative of the last few weeks would have it.

Well, the thrust of that narrative receives some slender support from the respective parties’ plans for government current spending.

FF proposed to devote €4.8bn to raising current spending over the next five years; the corresponding FG figure is €4.2bn. The difference between them hardly amounts to a whole hill of beans however, equating as it does to just about 1% of the current expenditure base. (Indeed, by this standard, the Sinn Fein plan to raise current spending by €6bn by 2021 doesn’t look dramatically out of kilter.)

On the other hand, FG is the more ambitious party in relation to investment spending having proposed an extra €4bn for the capital budget for the 2017-21 period, compared with FF’s €2.7bn.

So, if we just add current and capital together (and ignore their differential impact on the dreaded ‘fiscal space’), FG’s plans would result in higher public spending than FF’s. A slightly surprising conclusion when set against the prevailing narrative.
Much more surprising (indeed ‘surprising’ is an understatement of how it struck me when I discovered it a few days ago) is the comparison of the cost of the two parties’ proposals in relation to taxation.

The cost of the FF proposals? Just over €2.9bn.

In other words, FF was proposing to devote almost €0.5bn more to tax cuts over the next five years than FG. If you don’t believe me, check the two sets of numbers in their respective manifestoes.

So much for FG being the ‘tax slashers’. The cost of their commitment to abolish USC, at  almost €3.5bn over the 2017-21 period, was to be offset by a net €1bn of increases elsewhere, including a 5% levy on incomes over €100k, a range of base-broadening measures for high earners, a steep hike in cigarette duties and a new tax on sugar-sweetened drinks. In contrast, FF’s more modest plans in respect of USC, costing €2.6bn, were to be accompanied by a net €300m of tax reductions in other areas.

It seems to me that FG’s proposal in relation to a single tax, the USC, was adopted as shorthand for its overall position on taxation (and was taken as emblematic of its attitude towards public service provision), and the rest of its tax platform was pretty well ignored.

Lazy analysis perhaps, but what else would one expect from hard-pressed(!) political commentators (not to mention political opponents).

What is bewildering is that FG made no serious attempt during the election campaign to counter what proved to be a damaging narrative.

Not once did a FG spokesperson say; ‘Hold on folks, Fianna Fail are actually proposing to cut taxes by more than we are!’ Or am I missing something?  “

THE POLITICAL SITUATION IN IRELAND