WHY IS THERE AN IRISH BACKSTOP? 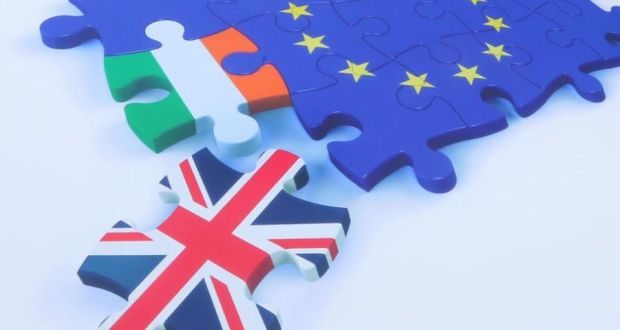 It puzzles many people in Britain that something known as an “Irish backstop” should be at the heart of an increasingly bitter dispute. The dispute is about the Deal the UK Government has made with the EU on the terms for the UK leaving the EU.

Most people understand that, when the UK leaves the EU, the only land boundary between the UK and the EU will be the 300 mile long border in Ireland.

Some do understand that if the UK leaves the EU there will have to be border controls.

After all, leaving the EU was supposed to be about taking back “control”, and, given that countries can only exercise control in their own territory, there is a logical necessity to have controls at the border of a country’s territory,  at its ports and on its land boundary.

This is not something made up by the EU to annoy Brits, but is a logical consequence of Brexit, which is, as we all know, something Britons have chosen for themselves, and not something imposed on them by the EU.

The proposed backstop in Mrs May’s deal with the EU  involves the whole of the UK staying in a close customs arrangement with the EU.

The original idea was that the backstop would be confined to Northern Ireland, but the UK government itself preferred a backstop arrangement that would cover the whole UK, so as to minimize the controls that would otherwise have to be imposed between Britain and Northern Ireland.

The object of the entire exercise is to avoid having to have controls at the 300 crossing points between Northern Ireland and the Republic of Ireland.

Some in Britain think that the UK should be free to leave the EU, and that the UK and Irish governments should then just decide, between themselves, that they were simply not going to have controls on the Irish border.

That would not work because Ireland would still be in the EU, and would be breaking EU rules if it failed to control its portion of the EU land border.

Apart from being illegal, it would be impractical.

The UK, once outside the EU, would immediately go off and try to make trade deals with non EU countries. These would inevitably involve agreeing to different standards, and different tariffs, on goods coming from these non EU countries to the ones that the EU (including Ireland) would be applying to these countries.

So, if there were no controls on the Irish border, goods from these non EU with which the UK had made its own trade deals could enter the EU via Northern Ireland, without complying with EU standards or paying EU tariffs.

That would destroy the EU Single Market, which is based on common rules and tariffs, made, enforced and interpreted in the same way for all 27 EU countries (including Ireland).

Outside of the EU, under WTO rules, the UK would also have to impose tariffs on its side of the Irish border, unless it wanted to collect NO TARIFFS AT ALL on goods coming into the UK from any country in the world!

This is because of a WTO rule which, says that, in the absence of a broad trade agreement, a country cannot discriminate between WTO member countries in the rate of tariffs it charges on goods coming from those countries (the most favoured nation rule).

So, in the absence of a trade deal with the EU, the UK must charge the same tariffs on Irish goods as it would  charge on goods coming from any WTO members, with whom it has no trade deal, which, on the day it leaves the EU without a deal, would be every WTO country!

If it attempted to discriminate unilaterally, the UK would be bound to be taken to the WTO court by some or all of the WTO countries who would not be getting the same concessions.

The UK is a trading nation. As such, it benefits from a rules based world trading system. So it would not be in the UK’s interest to start breaking WTO rules on the day it left the EU, just to solve a problem that is of its own making.

SAVING LIVES BY GIVING RESPECT TO THE TWO ALLEGIANCES IN IRELAND

The other big reason for having an “Irish” backstop”, and for avoiding a hard border, is about human beings, rather than just about commerce.

For the past four centuries two communities, with different allegiances have lived together, geographically intermingled, in the Irish province of Ulster.

British and Irish political leaders have for the last 40 years been trying to find a different way forward. Rather than a zero sum game, where if one identity won, the other had to lose, these leaders sought to create conditions in which both identities could coexist comfortably together within Northern Ireland, without either of them winning or losing.

The Belfast Agreement of 1998 achieved this. Crafted between Ireland and the UK, when both were members of the barrier free EU, it created structures to create a comfort zone for both communities.  This was done through establishing three interlocking structures of cooperation, incorporated in an over arching international Treaty, namely

On the strength of this Agreement, Ireland changed its constitution to remove a  territorial claim it had on Northern Ireland.

Now, 20 years later, the UK’s decision to leave the EU puts these structures at risk, because, for the reasons I explained earlier, Brexit requires barriers to go up between the UK and Ireland, where previously there was free exchange.

This is why, at a meeting in London, long before the Referendum, I described Brexit as an” unfriendly act”  by the UK vis a vis my country.

The backstop is simply an effort to mitigate the damage. It is a second best option…… and a bad second best at that.

The only option that will not damage the structure of peace, we have so painstakingly built between Ireland and Britain, and within the island of Ireland, would be for the UK to decide to stay in the EU after all.

THE 1918 ELECTION IN IRELAND

THE 1918 ELECTION IN MEATH, EAMONN DUGGAN, AND THE FIRST DAIL