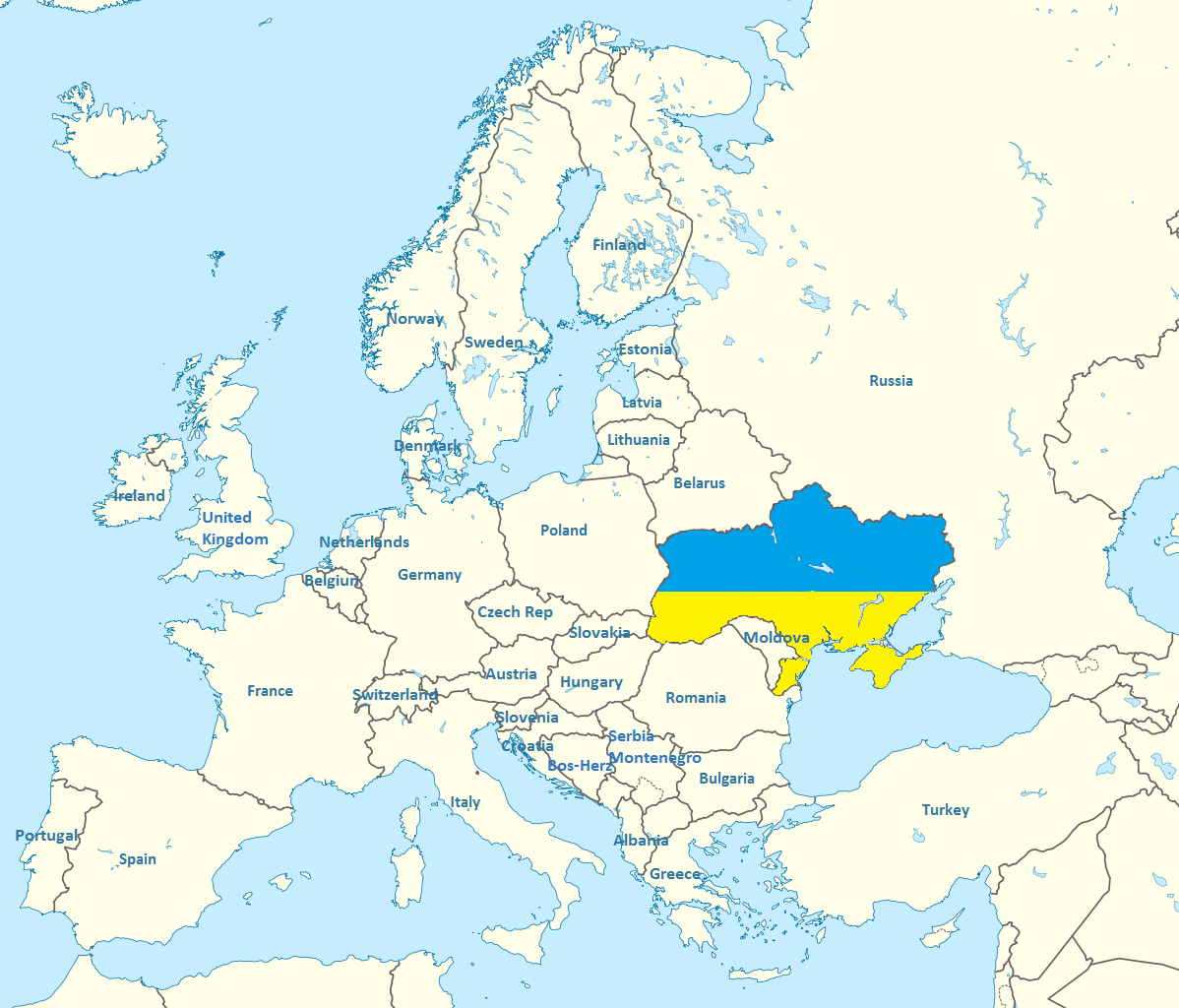 On the 1 August 1975, the then Taoiseach, Liam Cosgrave was one of the signatories of the Helsinki Final act governing relations between European states. He signed along the United States, all other European countries (except Albania), and the USSR, which at the time encompassed both Russia and Ukraine.
Article one of the Helsinki Final Act said that the signatory states would
“respect each other’s sovereign equality, juridical equality and territorial integrity”,
and that they would refrain from the
“use of force or the threat of the use of force against the territorial integrity or political independence of any state”.
As a small militarily neutral European state, Ireland has a greater interest, even than has a state which enjoys the comfort of a military alliance, in ensuring that these clear interstate principles are respected.
The Russian annexation of Crimea by force, and its present increasingly overt invasion of Eastern Ukraine is obviously a flagrant breach of the Helsinki Final Act. It is the first of its kind since the end of the Second World War, unless one includes the NATO action against former Yugoslavia over the ethnic cleansing in Kosovo, which was then part of sovereign former Yugoslav territory. I argued at the time that this was a dangerous precedent.
As Taoiseach, I happened to have been invited to address the Parliamentary Assembly of the Council of Europe on the very day the Assembly was voting to admit the Russian Federation to membership of the Council. I spoke in favour of Russian accession. Russia became a member on 28 February 1996. The Council of Europe is the source of a dense and comprehensive network of treaties on many topics, including human rights. The Council of Europe, and its Treaties, only have meaning to the extent that its members are willing to abide by international law.
The European Union itself also rests on the foundation of respect for international law. The EU only EXISTS because there is an assumption that international Treaties will be respected in ALL circumstances. The EU has no force to govern its own members beyond the force of international law in the form of EU Treaties.  The European Court of Justice interprets these Treaties and its rulings are accepted by all EU states.
Dividing the EU has been a long standing Russian goal, and President Putin’s aggressive tactics appear to be succeeding in the goal of dividing the EU, in a way that previous Russian efforts have failed. At a meeting I attended last June, the new EU Foreign Representative, Federica Mogherini,  admitted that, as  then Italian Foreign Minister, she had been “advocating for Putin” within the EU. Her promotion will now encourage Putin, and is more eloquent than any verbal warning he may have been given about the EU ending its “partnership “with Russia, whatever that means.
Within the EU, countries like Bulgaria, Cyprus, Greece, Spain, Italy  are relatively accommodative towards what Russia is doing, while others, like Lithuania, Poland, Estonia and Latvia are alarmed and looking for resolute action. The bigger EU states are, painfully and unsuccessfully, trying to balance commercial interests against professed principles. The Russian tactics are very similar to those adopted by Hitler in his dealings with the Czechs in 1938, and the present tactics of the EU are not dissimilar to those adopted by the French and British Governments of the day.
As 28 nations, the EU will never be able to move with the dexterity of an autocracy like Russia, but if it is not to have its policies dictated in the Kremlin, as a result Russian pressure on energy supplies, it needs to make a radical change in its own energy policies. It needs to build a proper energy union in Europe, independent of Russia, with complete inter connection of its energy distribution grids. That will require a lot of (job creating) investment, and the diversion of funds from current consumption. But a long term decision like this would create a new momentum with which Russia could not ignore.
The EU also needs to reflect on the contradictory messages it is sending out about nuclear disarmament.
Libya, which had got rid of its nuclear weapons programme, was attacked by EU countries, who were supporting the ouster of the Gaddafi regime. In an agreement to encourage it to give up the nuclear weapons on its territory, Ukraine’s sovereign integrity was guaranteed, in the Budapest memorandum, by a number of countries, including Russia, the UK, and France. Against the background of what happened in Libya, more recent developments in Eastern Ukraine reduce the incentives for nuclear disarmament in a very dangerous way.
Given the vast economic superiority that EU countries enjoy over Russia, it is surprising that they have so little influence on it.
If EU countries refused to buy Russian gas, Putin would have to stop and think. But the effect of such a decision would hurt some EU countries much more than others, and that would require the EU to set up a budget big enough to compensate the countries that would suffer the most . The biggest resistance to this would come from countries, like the UK, that do not want a large EU budget. Likewise German business interests who are heavily invested in Russia.
It is really difficult to see who can now stop Putin, except perhaps an awakened Russian public opinion,  that will become sickened by the casualties Russian soldiers will suffer in a needless war against another Slav country. 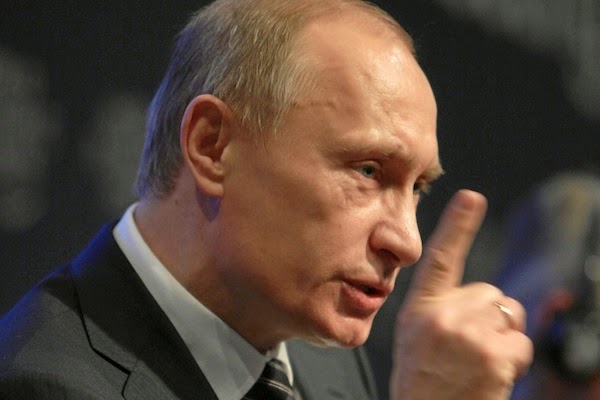 Adolf Hitler’s 1938 threats to, and eventual occupation of, Czechoslovakia bore some similarities to what is now happening between President Putin and Ukraine.
In 1938,Hitler exaggerated, and stirred up, grievances over language rights in the German speaking part of Czechoslovakia. He directed the local German speaking leaders inside Czechoslovakia  to ensure that they did not reach any settlement with the Czech Government. He used the lack of an internal settlement as a basis for seeking to incorporate these areas in Germany, under the pretext of protecting the rights of the German speakers.
Western leaders tried to mediate and negotiate without success, culminating in the showdown at Munich, where Chamberlain abandoned Czechoslovakia in return for piece of paper signed by Hitler and himself in which both agreed on “the desire of our two peoples never to go to war again.”.
Eventually, when Hitler broke his word and occupied the whole of Czechoslovakia in March 1939, trust broke down completely.
Hitler tried the same game with Poland in August 1939, possibly thinking he would get away with it again and the British and French would again huff and puff but do nothing. If that was his calculation, he was mistaken.
The crisis over the Sudetenland in 1938 played out more slowly than the one over Crimea. Putin has acted with much greater speed. In the former case, there was even time for a British Commission of Enquiry, the Runciman Commission, to spend a few weeks studying the situation on the ground in the Sudetenland and reporting back to London.
There is another important difference between the situation of Ukraine and that of Czechoslovakia. France had a Treaty of Mutual (military) Assistance with Czechoslovakia, which had been signed in 1925, guaranteeing Czech borders. Britain had no such Treaty but was drawn in because of its strategic commitment to France. That is why the Czechs feel, to this day, a particular grievance about France’s lack of action in 1938.
In contrast, Ukraine does not have a military alliance with any western country. It is not a member of NATO, and has no Treaty based military guarantees of its borders.
But, since 1994, Ukraine does have a general guarantee of its borders from Russia, the US, and Britain, given in return for giving up its nuclear weapons arsenal. According to this so called Budapest  memorandum, Russia, the U.S., and the UK confirmed, in recognition of Ukraine becoming a member of the nuclear non proliferation Treaty and in effect abandoning its nuclear arsenal to Russia, that they would,

+ respect Ukrainian independence and sovereignty within its existing borders,
+ refrain from the threat or use of force against Ukraine, and
+ refrain from using economic pressure on Ukraine in order to influence its politics.

This is hugely important, and creates a major moral obligation because one of the goals of global policy is to get countries with military nuclear capacity to give it up in return for guarantees. If such guarantees can be unilaterally abandoned without consequence, this strategy for  opposing nuclear proliferation breaks down.
President Putin may feel that Russia should not have agreed to that memorandum in 1994. But it did. Hitler certainly felt the then German Government should not have signed the Versailles Treaty. But it did. Indeed, German negotiators had much less choice, in signing the Versailles Treaty in 1919, than Russian negotiators had in 1994, in signing the Budapest Memorandum.
There was no duress in 1994.
What is happening to Ukraine, and in a different way what happened to Libya, will make it more difficult to get nuclear armed regimes to give up weapons in return for guarantees, however solemn. This is not just a matter of international law. It is one of practical politics and global security, for everybody including militarily neutral countries, like Ireland.
Unlike Ukraine, the Baltic States, Latvia and Estonia, which also have Russian speaking minorities, are members of NATO and do have military alliance guarantees.
It will be the existential test for NATO, if Russia makes or carries out threats on Latvia or Estonia, similar to the ones it has carried out on Ukraine.