HOW DIFFICULT WILL IT BE TO KEEP THE UK IN THE EU? 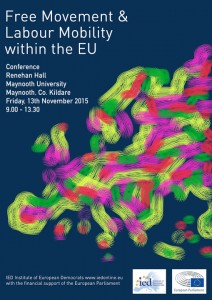 Prime Minister David Cameron’s letter, to   European Council President Donald Tusk , about  the renegotiation of the  terms of UK membership of the EU, shows that he has invested time in trying to understand the perspective of other EU states. This is good.
That said, the timing of this renegotiation is bad, because the EU has so many other politically difficult problems on its plate just now, problems from which the UK has excluded itself, namely

+ the refugee crisis and the threat  it poses to free movement within the Schengen zone and
+ the fact that a number of EU states are at risk of breaching the terms of the fiscal compact on debt reduction and fiscal deficits.

A supportive attitude by the UK on the resolution of these EU wide problems would  help create the impression that the UK is, potentially at least, in the EU for the long haul, which would make it worthwhile for other members to go all the way to their bottom lines in attempting to meet the UK’s requests.
It is welcome that David Cameron’s letter says that he is open to “different ways of achieving the result” he sets out in his letter.
It is also welcome that he seeks to put his proposals in a context of “reforms that would benefit the European Union as a whole”.
He further says that it “matters to all of us that the Eurozone succeeds”.
Although David Cameron has expressed similar sentiments himself before, these sentiments have not been prominent in much of the general UK debate on the EU, which has often tended to treat the EU as something alien, and a matter of indifference to the UK, which objectively it is not. Occasionally in the UK debate, “schadenfreude” has trumped UK interests.
David Cameron’s approach is shaped by the contents of the Conservative Party Manifesto. It is a response to an expression of identity politics, which is a form of politics on which compromise is inherently very difficult indeed, as we know from Irish history.
David Cameron’s letter deals with four sets of issue, and I will deal with each in turn.
ECONOMIC GOVERNANCE
On Economic Governance of the EU, David Cameron  says that

This is a formal recognition that there is a “two speed” EU. This idea may be welcome by some big states but not by smaller ones. If Britain is exempted from the commitment to ever closer union, it is not hard to imagine that other EU countries will demand a similar exemption.
He says he wants this distinction to be “irreversible”, which implies that a future UK government could not decide to commit itself to ever closer union in future, without getting the permission of all other EU states, by means of  a Treaty change, or the amendment of a protocol(which is the same thing legally speaking).
This runs counter to David Cameron’s own expressed wish for flexibility in the UKs relationship with the EU.
The notion of legal irreversibility is contrary to the British constitutional tradition itself, which declares that Parliament is not trammelled by external legal constraints.
A legal device can probably be found to accommodate this request but it does raise a wider question of whether the UK will ever be satisfied.
The UK already has special arrangements on the euro, on passport controls, and on Justice and Home Affairs.  The more exemptions it gets, the more exemptions it seems to want.
Will this renegotiation /referendum process result in a full and final settlement, or will it just be an instalment?  This is not a mere debating point. If the UK will keep coming back for more, the EU will never settle down. Indeed other member states may not be prepared to go all the way to their bottom line, if they feel whatever they offer could never satisfy UK public opinion.
IMMIGRATION
Immigration is the area in David Cameron’s letter which has attracted the most comment.
There is no doubt that the UK has been more open to immigration in the past than have many other EU states.  This is partly because English is a second language for people from all over the world. The restraint David Cameron is proposing will not change that.
Clearly, if one does not like immigration, the fact that English is a second language for so many of the world’s population has disadvantages, as well as advantages.
On the other hand, the cost of living in London and the south east of England is already a strong deterrent to immigration to that part of the UK.
David Cameron wants, if the UK remains in the EU, to be able to require that people, coming to the UK from other EU states (presumably including from Ireland,) must have lived in the UK for four years, before they qualify for in work benefits or social housing.
If this four year principle is accepted, it could be implemented in all other EU states for other purposes as well.
David Cameron also wants to “end the practice of sending child benefit overseas”, which presumably means that an Irish worker in the UK could no longer get child benefit for his children, if the children are living in Ireland .
The principle of not “sending benefits overseas”, if accepted , could conceivably be applied to pensions, which would affect the UK pensioners living in Spain.
If one has to live four years in another EU country to get benefits, access to health services could also be denied to people living in another EU country.
David Cameron then acknowledges that these issues are “difficult for other member states”.
This is a revealingly narrow way of putting it.
In his speech, David Cameron mentions “other member states” but does NOT mention Article 45 of the EU Treaty, which covers free movement of workers within the EU.
Article 45 bans
“any discrimination based on nationality as regards employment, remuneration and other conditions of work and employment”.
There is no reference in this Treaty Article to any qualifying period of residence to be free of such discrimination.
In the UK, tax credit payments are dependent on worker’s hours worked and income, and whether they have children.
So restricting them would amount to discrimination in income, between a UK citizen and  EU immigrant, doing the  same job in the UK.  It would presumably apply to Irish workers in the UK who have been there for less than 4 years. It will be difficult for an Irish Government to consent to this.
I would have expected David Cameron to have directly addressed the interpretation of Article 45 of the EU Treaties, rather than pretending the difficulty is with “other member states”.
By targeting in work benefits so explicitly, David Cameron has left himself very little room for manoeuvre in light of the provisions of that Article.
Indeed there were reports on the BBC this morning that the UK Government is now considering applying the 4 year rule to UK residents as well, which could mean that young, new UK born entrants to the UK labour market may not qualify for in work benefits until they have been working for 4 years. That would create a whole new swathe of people inclined to vote for the UK to leave the EU.
CONCLUSION
This negotiation will not be easy.
Sides have already been taken in the UK , regardless of what may be conceded in response to David Cameron’s letter.
The impact on the EU itself, of a possible UK exit, is incalculable.
So also are the effects of the precedent the UK is setting, and the consequences for the EU, of conceding some the UK requests.
Solving this politically generated problem will require statesmanship and imagination of a very high order indeed.  Keeping the UK in the EU is a vital matter for Ireland and for Europe.
……………………………………………………………………………………………………………..
Speech by John Bruton, former Taoiseach and former EU Ambassador to the United States, at a seminar on “Free Movement and Labour Mobility in the European Union”  organised by the Institute of European Democrats, in NUI Maynooth, at 12.20 pm on Friday 13 November .
……………………………………………………………………………………………………………..
Print Entry

THE LITTLE KNOWN WOMAN WHO RULED CHINA FOR OVER FORTY YEARS