LETTER TO EU HEADS OF GOVERNMENT 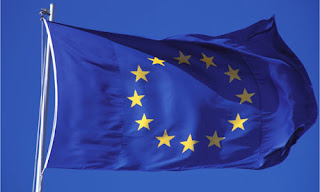 Along with other members of the “Friends of Europe” group, I have signed to following letter to the EU Heads of Government.  They need, I believe, to look beyond the immediate problems of the Union….The Greek crisis, Ukraine, Transatlantic investment  and the UK Referendum….and present a vision of the future of the Union. Only in that context can these immediate problems be solved.
Sir,
Discord between the European Union’s member governments has been reaching a crescendo, with taunts exchanged not only between Athens and Berlin but almost routinely between some other EU leaders.
A culture of recrimination and rebuke is growing to eclipse the commitment to intergovernmental solidarity and joint purpose that so successfully nurtured European integration over many decades.
Europe’s leaders would do well to turn to the spirit of the Schuman Declaration sixty-five years ago, for solidarity paved the way for the European Union.
In today’s terms, that means both North South and East West solidarity between member states, and between large countries and small.
Finger-pointing by national governments that are beset with their own particular political and
economic difficulties is understandable. But it is profoundly unhelpful. We Europeans face daunting longterm problems that can only be confronted and then overcome by a reaffirmation of unity, a fresh sense of common purpose and bold action.
The EU’s structural challenges are well-known, but not given sufficient emphasis. In most countries of the Union demographic shrinkage is set to reduce active labour force; pension reform has made progress in a number of European countries, but much remains to be done, if we want both financial and social sustainability. Increased immigration could possibly be part of the the answer, but brings with it heightened social and political tensions that carry their own serious risks which the Union must formally and publicly confront.
Enhancing the quality of our human capital is another and crucial part of the answer, but currently we see an alarming disinvestment in education in a number of countries.
Many European governments now hope they see signs of economic recovery, yet the underlying trends are less encouraging. Our slowness in embracing new technologies is handicapping our productivity improvements – twenty years ago Europe’s productivity improved at almost twice the rate as in America, and now it’s about half that of the U.S. The implications for our international competitiveness in what is being labelled the ‘Asian century’ are not encouraging.
On the EU’s home front, it is surely time that everyone with a hand in shaping Europe’s future awoke to the implications of the continuing eurozone crisis. Disagreements between creditors and debtors are cloaking the more important issues of inadequate design and of the North-South gap within Europe.
The latter is widening fast, and unless checked could yet tear the European Union apart.
We believe that a sense of shared purpose between EU governments must be restored. To that end, we urge the European Council to take the opportunity of its next scheduled summit meeting on June 25 to publicly commit to a ‘Doctrine of Unity’. This would see our national leaders pledging themselves to far more cooperation and mutual support because that’s explicit in EU membership though decreasingly observed. This in no way implies “blank check” financial support for any particular member state, but it does seek to reinforce the links that are so essential to Europe.
What is needed is for the Union’s heads of state and government to spell out the underlying weaknesses that cloud Europe’s future. These should be the strategic threats we Europeans must all face up to, as distinct from short-term difficulties. It should put into their proper perspective the damaging public spats between some governments that have been doing so much harm to the EU and to the credibility of the single currency and the common foreign and security policy.
Such a declaration by the European Council would ring loud alarm bells within the EU, and would send an important signal around the world that Europe may be down but is far from out.
Yours,
Print Entry

WILL EUROPE ALLOW A BANKRUPT UKRAINE TO FALL BACK UNDER RUSSIAN DOMINATION?

A BIOGRAPHY OF A ROMANTIC EXPONENT OF VIOLENT NATIONALISM